While riding on the fly tying theme I thought it would be appropriate to introduce our readers to the Federation of Southern African Fly Fishers, aka FOSAF, and all the good things it does for fly anglers (and sometimes all anglers) in our country. Besides the frequent and interesting ‘fly of the month’ posts that appear in the News column of the FOSAF website, it is also updated with an ongoing list of environmental and legislative challenges that FOSAF deals with at a professional level to secure fisheries and so fly fishing in southern Africa. A lot of work is also being done behind the scenes, like the correction of the new Animal Protection Amendment Bill (2017) over the 2017 festive period (yes, while you guys, including me, were fishing and having a jol) that if published by government, would have made fishing an illegal pastime in our country (thanks for spotting that FOSAF lawyers!). So before I get to the latest ‘fly of the month’ and for a bit more insight, here is a brief description of what FOSAF is/does, written by the non-profit organisation’s current chairman, Ilan Lax:

“If you join FOSAF you will be contributing to an important legacy.  Over the years FOSAF has:

The reasons for the use of the Hanak jig hook

Start by building a base for the eyes but ensure that you only cover the first 10% of the hook.

Tie in the eyes onto the bend of the jig. Use head cement to ensure they are secure. Once completed whip finish it off and cut the thread.

Cut off a length of squirrel, double the length of the shank, ensuring you only cut the skin and not the fur.

With the fur pointing backward pierce it- skin first. Ensure you pierce it in the centre to avoid it tearing. Pull the strip forward to move it out the way. Wetting it helps split it and makes it easier to work with.

Attach the thread to the back end of the shank.

Bring the zonker strip backward and tie it in. Then tie in the fluoro fiber on either side of the tail

Tie in the French Tinsel

Tie in the wool and build up a body.

Dub the body and tie in the tinsel with even segmentation

Flip the fly over for the next step…

Form a loop of antron which will be tied between the dubbing and the zonker strip.

Tie in just behind the eyes and apply head cement.

Using hackle pliers, grab hold of the zonker strip and pull it firmly over the Antron loop and tie in behind the eyes

Cut off the tag under the eyes and prepare to dub over the exposed cotton to finish off the head.

And there we have it, the completed Salmo Taddy in swimming position.

How to fish it:

You fish the fly near structure. In front of a rocky outcrop, near shallow or deep weed or in water <2m deep.

It is a neutral density fly and therefore gets eaten on the drop a lot, ensure you watch your leader with a dry line and that you are in contact with your wet lines 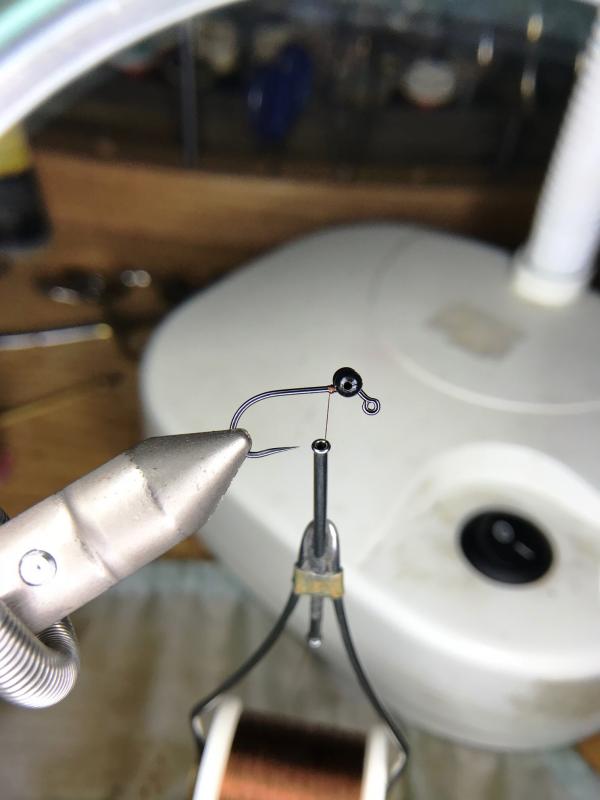 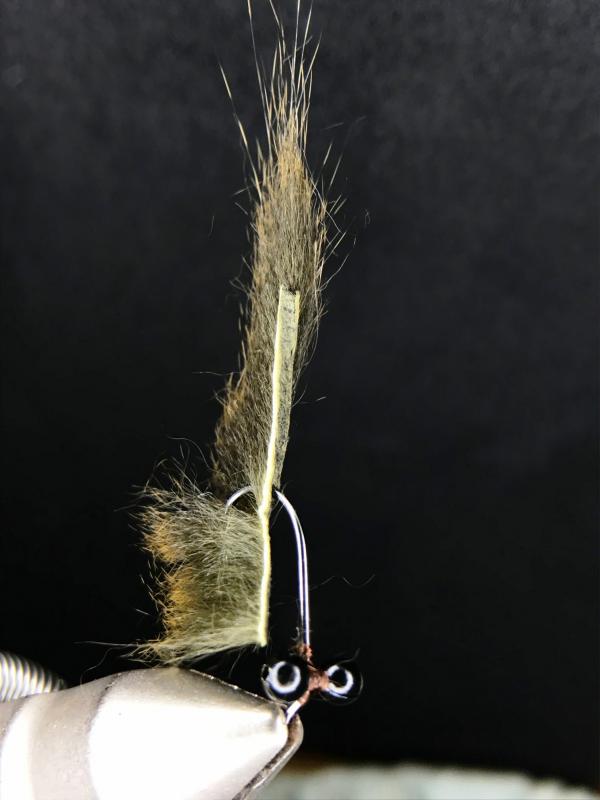 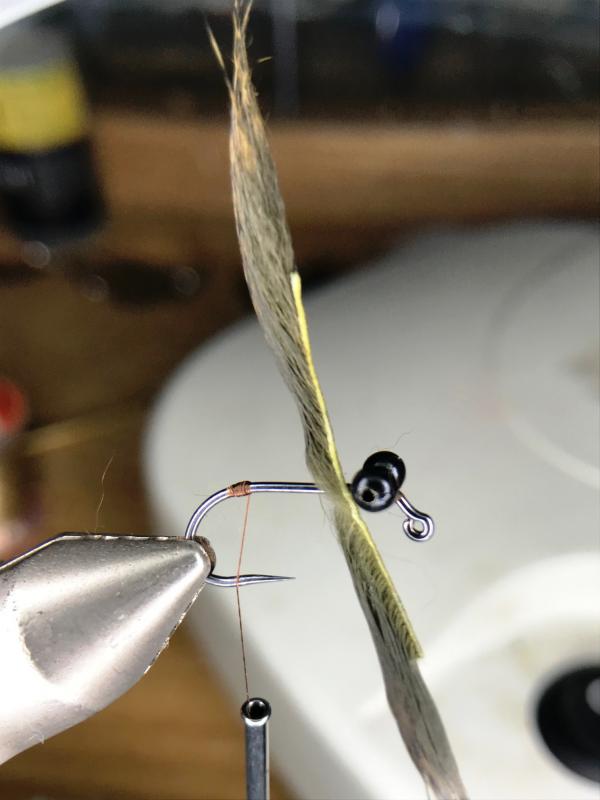 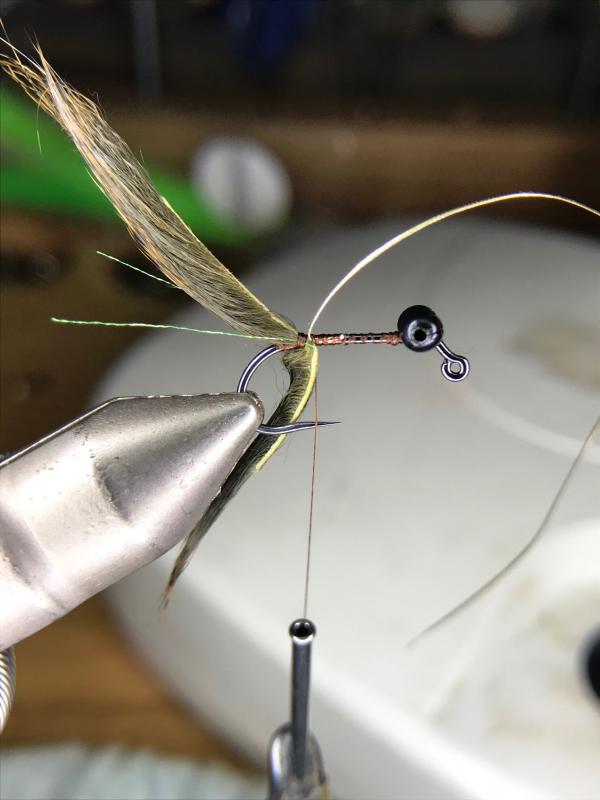 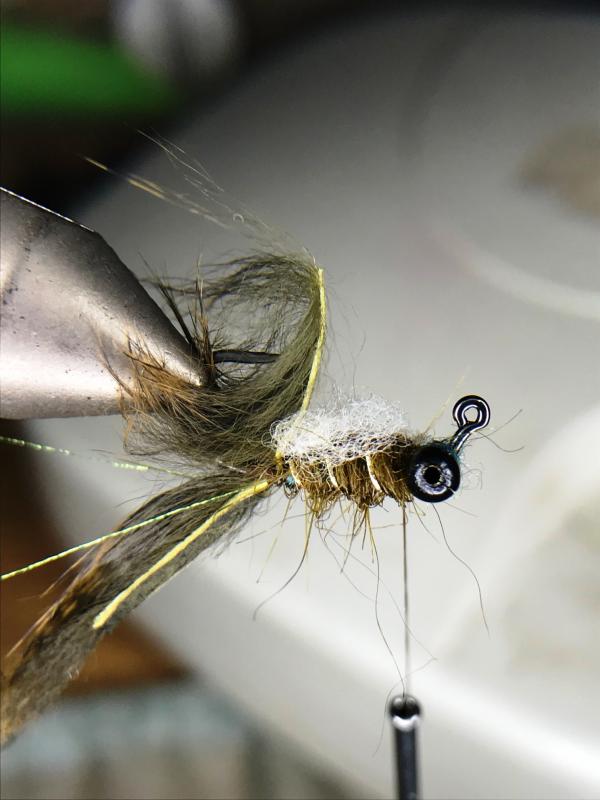 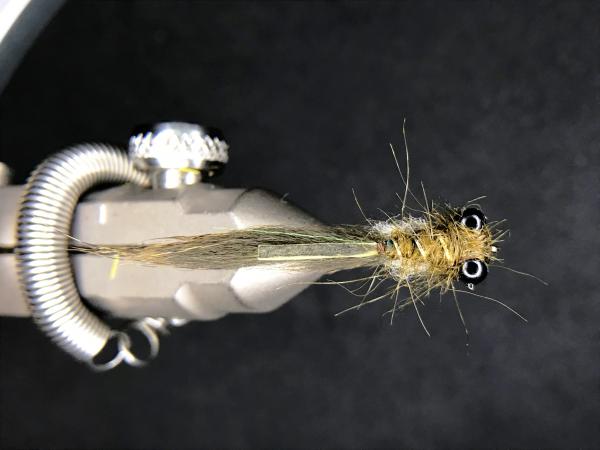 I will never forget meeting Rex Fey. It goes back to 1st year Simonsberg Residence at Stellenbosch University in 2001. I was terrible fly tier.

Getting the bend- peacock herl

Very clever. Never thought of that.